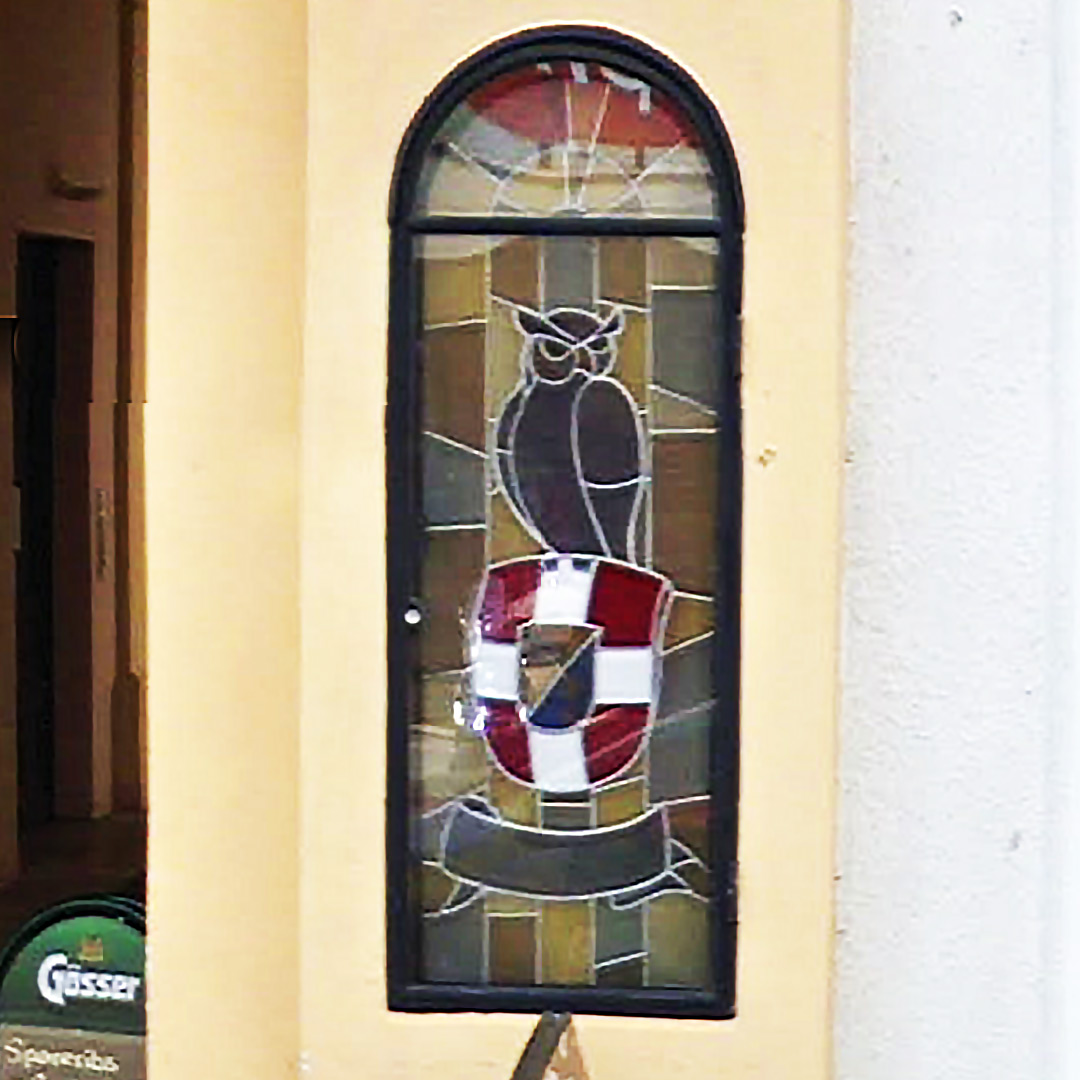 “The owners of the public house “Zum Wilden Mann” (to the wild man) can be traced back until the 18th century, but the pub is probably much older (for example, folk memory tells the story that Matthias Corvinus set up camp here with the third siege brigade in 1485. These quarters were later destroyed by the Ottoman invasion of 1683). From the late 18th century, country travelers seeking to hike the Währingbachtal frequented the establishment. The pub “Zum Biersack”, located close by, was often visited by Beethoven and Schubert. The Gründerzeit brought with it the end of Währing’s rural charm, changing the pub as well. In 1863 the social club “Die Wilden von Wah-Ring” (the wild ones from Währing) was formed, soon followed by the “Schlaraffia”. During the rebuilding of the house in 1880, a representative main gate was added with a larger-than-life figure of the “wild man” (bearing a close resemblance to Hercules). The historic pub has more recently been replaced by a restaurant chain.”

We are a small design studio based in Vienna. If you would like to support us, you are welcome to visit our Online Shop!

Do you want to receive a monster a day? Then leave your mail here!