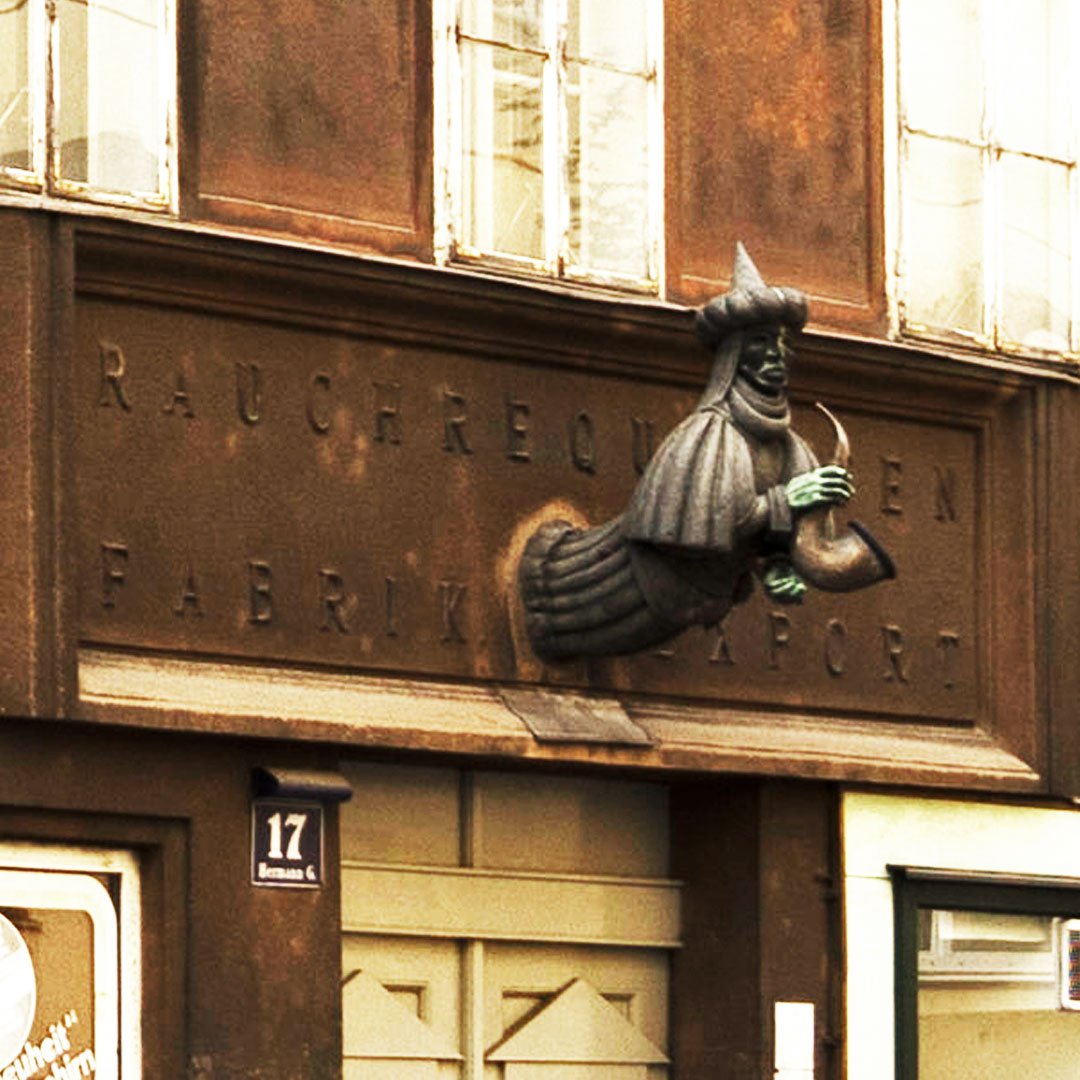 “It was the year 1922, World War I had just ended and the Mariahilf-based Viennese prop maker Adolf Lichtblau, who specialised in smoke props, was looking for a new home. He found it in this quaint little Biedermeier house at Hermanngasse 17 in the up-and-coming crafts-district. The house featured a darling ensemble of a garden and a fountain. This culturally diverse neighborhood was not only home to furrier and silk manufactures, but also filmmakers and cafes due to the film industry’s production houses around Neubaugasse.

Ernst Lichtblau, a close relative to Adolf, was hired to remodel the house. […] A sculpture of a man wearing a turban and smoking a calabash pipe was used as a central facade decoration. This house-sign (Hauszeichen) was designed and manufactured by Carl Hagenauer in his prominent artisan workshop for metal works and small-scale decorative sculptures.

The figurehead is holding an exotic smoking prop, that resembles a saxophone, due to its S-shape and funnel-like form. The body of this pipe is manufactured from a South African gourd: the calabash.”

We are a small design studio based in Vienna. If you would like to support us, you are welcome to visit our Online Shop!

Do you want to receive a monster a day? Then leave your mail here!